On July 25, 2017, Bring your Thing had our seventh event of the year with the theme Soldiers, Sailors, and Jailors at the Portsmouth Tavern. We were very excited for this month’s theme as Soldiers, Sailors, and Jailors have all made great contributions to the City of Kingston and have shaped this city’s history. We called the the community to action to share important stories, artifacts, souvenirs etc., and we can honestly say the people did not disappoint. We had many amazing artifacts that represented Canada and Kingston’s rich military, corrections and marine history.

We were fortunate enough to have Mr. Samwell bring in multiple museum worthy items. Among these was a sexton from a lifeboat from 1941, which he made sure to mention still works! He also had morphine syringe designed for battlefield use during the Boer War, from 1901. Mr. Samwell also brought in a Queen Mary cigarette box, which originally had cigarettes, a lighter, and a pencil and was given to soldiers as a Christmas present during WWI. His most interesting item, however, was a military cane made from wood and brass, with what looked like a handle made from antlers.

Another item worth mentioning was a map of North America from 1776, which was to be carried by British military officers. The map’s owner pointed out a lot of interesting notes and features, one of them was that the map does not recognize that the Arctic Ocean exists because it had not been officially discovered yet. Another was that it doesn’t show the border between the United States and Canada, which was a common feature in North American maps of the time. 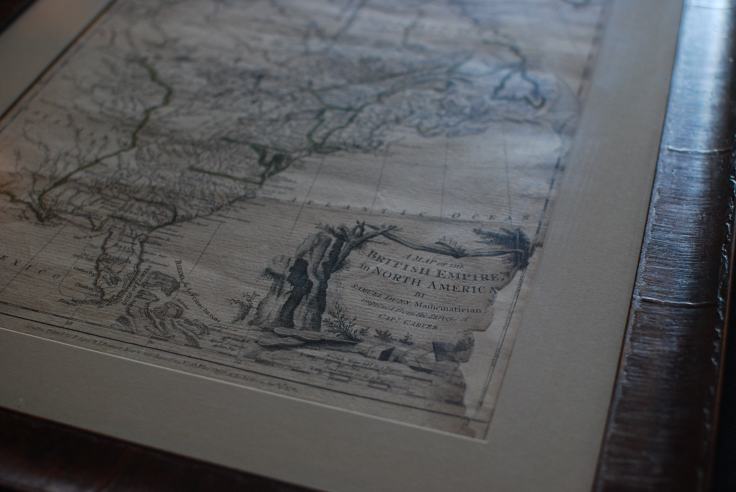 Another man we were lucky to have attend the event brought items he himself salvaged from a passenger ship named the Comet that had sunken in Lake Ontario due to a two boat collision in 1861. He had salvaged the items in 1967, more than 100 years after the ship sank. Some of the things he brought were a door latch, an oil can, and a faucet, along with some pictures of other items salvaged from the same ship.

The final item we want to mention is the book that is pictured above. It is no ordinary old book, it is actually the ledger from the early years of the Portsmouth Tavern, who graciously hosted our event. This ledger was used as a guest book for the tavern and has the names of the many people who passed through the doors in 1934. The item was brought by Marie Keane Edwards, whose grandfather Mr. Beaupremade the decision that many throughout Kingston’s history seem to make, to open a bar. It was amazing to see how even something as simple as our venue has a rich history we can dive into.

Overall, there were a lot of interesting items brought by a lot of interesting people. But to us at Bring Your Thing we love hearing where these items came from. Each artifact had its own unique story as to how it ended up at our event. Some were bought at auction, some were family heirlooms, and others were just something that was picked up along the way. 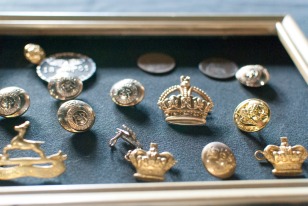 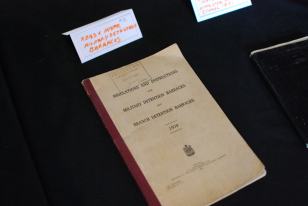 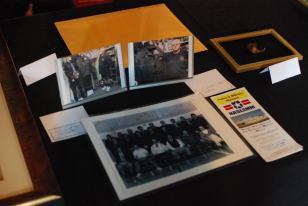 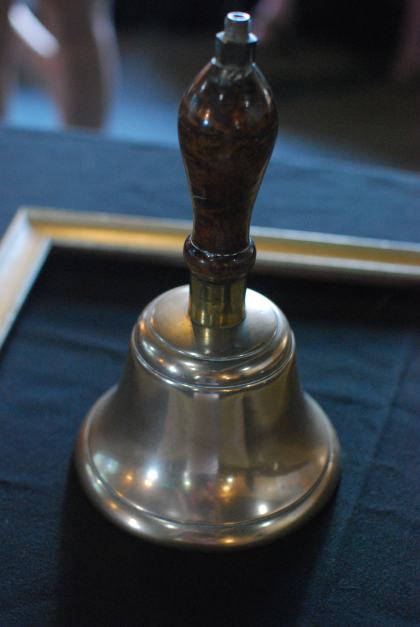 Along with the great items brought by people, local museums also had some great artifacts on display. The Marine Museum of the Great Lakes, RMC Museum, Canada’s Penitentiary Museum, and Murney Tower NHS brought some of their best soldiers, sailors, and jailors items. Canada’s Penitentiary Museum came prepared with a full display and managed to squeeze hundreds of years of corrections history onto one table. Canada’s Penitentiary Museum had several artifacts and items which detailed the Canadian Government initiative of sending corrections experts to Afghanistan. This sparked a lot of discussion from several people who were not aware that members of Correctional Services Canada were sent to Afghanistan to stabilize the prison systems of war-torn countries. The Marine Museum brought arguably my favourite item of the night, an Olympic Yachting board game created for the 1976 Montreal Olympics. The best thing about this board game is that the map you play on is the Kingston Harbour on Lake Ontario. It was complete with all the landmarks, like Portsmouth Harbour, City Hall, Fort Henry, and the Rideau Canal. Take a look for yourself in the photos above. Kingston has been referred to as the fresh water sailing capital of the world.  One of my only regrets was not sitting down to play a game!

We would like to take time and thank all those who came, those who brought their things and shared their stories with us, and our great hosts Portsmouth Harbour. Celebrating Canada’s 150+ is about celebrating the little things that make our country and communities great, and at Bring Your Thing we are committed to bringing folks together to share our experiences.

If this event is something you are interested, then you’re in luck because we have another one coming right up! Join us at the Memorial Centre Farmers Market on Sunday 20 August 2017 at 10 am, this time the theme will be “Homegrown” so feel free to bring your thing. It could be something home made, some old tools, or anything you feel relates to the theme.

For more information check out our website at www.bringyourthing.wordpress.com!