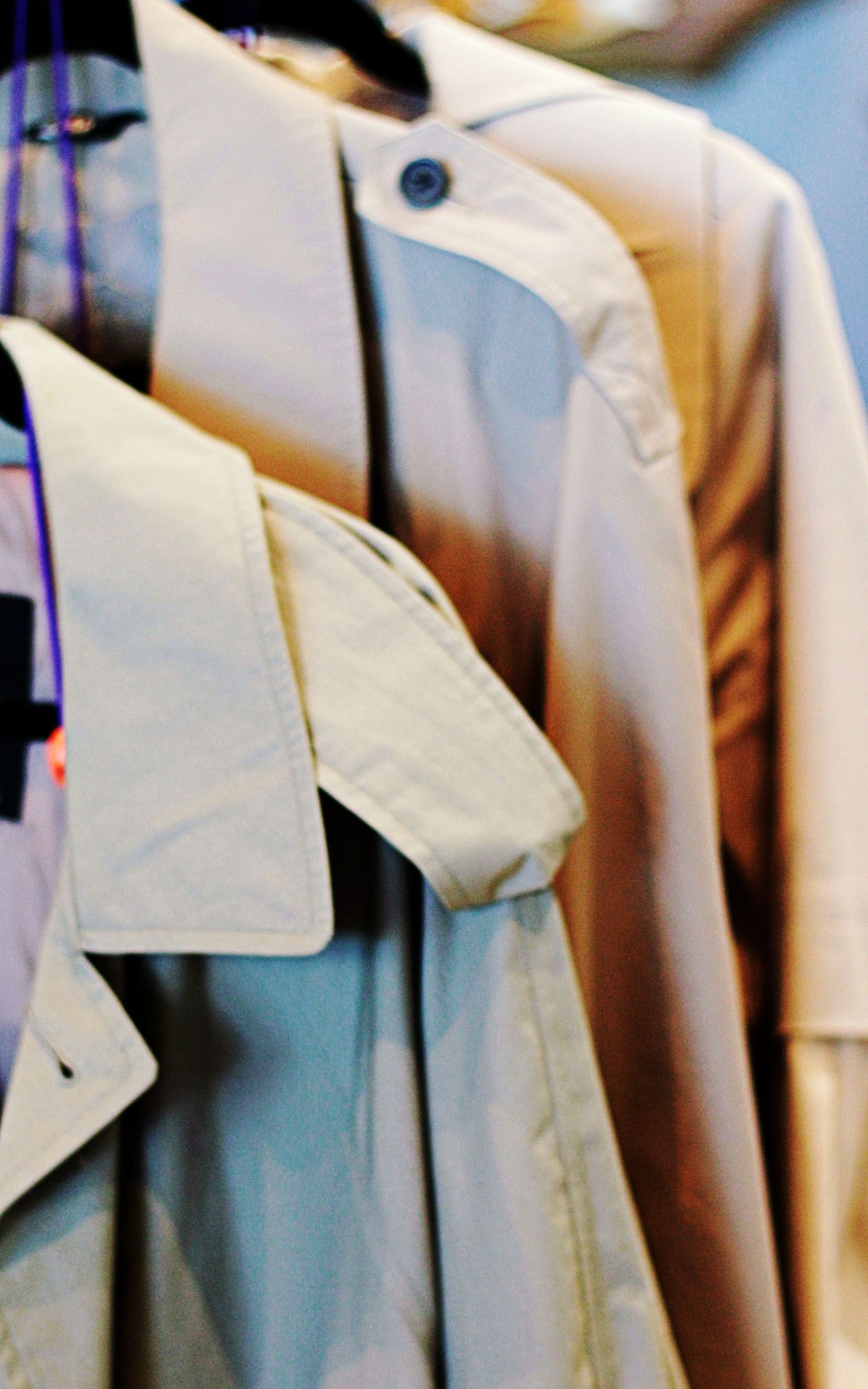 KAM volunteers had last visited the Military Communications & Electronics Museum in March for their ‘March Of Museums’ activities. Since it had been a great success with the troops (aka kids), we decided to come back a couple of weeks ago. Not only to cool off after a hot day spent at nearby Grass Creek Park on the St. Lawrence River, but most of all to learn about spying and encoding and decoding of messages in the Second World War.

Camp X was a training school for spies, its origins lying in the United States’ foreign policy leading up to the 1940s. During the 1930s, the Great Depression and economic crisis at home led to many politicians in both major U.S. political parties to support a non-interventionist style, preferring instead to focus funds and relief efforts to those suffering within the borders of the United States. Although the US was ostensibly neutral, Bill Donovan, a member of Roosevelt’s cabinet, desired a training camp for American spies—an idea supported wholeheartedly by William Stephenson, a Canadian-born British Secret Intelligence Agent, who began searching for the perfect location for this clandestine camp.

With the US officially entering the war after the attack on Pearl Harbour on December 6th, 1941, Camp X was delegated as an official training site for American, British, Canadian, and other Allied spies. 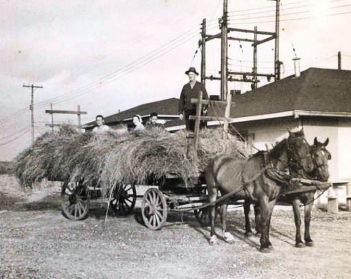 Camp X was revolutionary for its telecommunication abilities. The Hydra machine revolutionized communication between the Allies and helped cipher codes between the Germans, potentially saving thousands of lives directly and indirectly. Made mostly of mismatching odds and ends from different vehicles and devices, Hydra, which is currently on display at the Military C&E, was able to instantly send messages between Ottawa, Washington D.C., and Bletchley Park, the latter of which was home to Britain’s many code breakers during the war. This was vital as it allowed Churchill and Roosevelt to plan their war strategies instantly. Churchill apparently even owned a small room across the street from Bletchley Park, so that important details could be communicated at all hours of the night. This quick turnaround was also useful for William Stephenson, as the man in charge of the US-based portion of Britain’s Intelligence Services, by allowing him to intercept and keep track of the Germans’ movements in South America.

Not only was Hydra an expert telecommunications machine, it also received many of the coded German messages sent from Europe to German submarines in the Atlantic and German covert operations in South America. This was vital in stopping the German wolfpack attacks that had been occurring in the Battle of the Atlantic. A wolfpack refers to a group of coordinated submarines who would travel together and attack enemy convoys. However, to plan these attacks, Karl Donitz and his men would have to communicate with each German U-boat. Hydra captured these communications and sent them to Bletchley Park to be deciphered by the Allies, allowing them to inform ship captains of potential attacks. This was a big blow to the Germans’ war effort because of the planned food blockade of Britain. Since Great Britain is an island and mainly relied in food imports to feed its population, the Germans had hoped to starve out the country in a war of attrition by having their submarines ambush British ships.

The Enigma machine, perhaps the most famous encryption machine to ever exist, could also be found at Camp X. Used by the Germans to encode their important military communications, it was a breakthrough for the Allies when they finally managed to crack the cipher. Alan Turing at Bletchley Park worked with other British codebreakers to “break” the machine, a feat he eventually accomplished. Allied codebreakers began passing along the sensitive military and intelligence information to the Office of Strategic Services, which was headed by Bill Donovan and became the precursor for the CIA. The Enigma machine displayed at the Military C& E Museum came from UB77, captured in the St.Lawrence River at the end of the war. 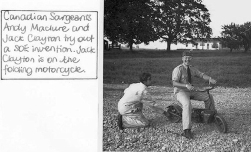 This motorcycle was folded and sent with the agents behind enemy lines (Source: Camp X Official)

This comb was carried throughout Andy Daniels’ mission behind enemy lines. It is not a normal comb, but a very special one made by a ‘secret department (Magic)’ of the SOE. If Andy Daniels, after being dropped behind enemy lines, were to become lost he would simply break open this comb and he would find a compass inside! (Source: Camp X Official)

Camp X remained so clandestine during its lifetime that even the Prime Minister at the time, William Lyon Mackenzie King, did not know the full extent of its facilities. The spy training aspect of the camp ended before 1944 and the building itself was completely demolished in 1969, although it had been used during the Cold War. Camp X slipped into the popular mythos of World War II, providing a historical backdrop to authors such as Ian Fleming and his James Bond novels, reflecting the changing idea of espionage as countries moved into the space age. After the camp was shuttered, the site became a military radio communications site until that too closed down. Right now, the area formerly known as Camp X is Intrepid Park—named for William Stephenson’s code name—and only a small plaque designs that this place was ever more than a park.

The story of the camp behind the plaque transcends name and fame; it evokes memories of a different time and a different Canada by eschewing the traditional “Great Man” theory. While some argue that history can be examined through the actions and examples of certain “great men”, the plaque shows the opposite. The plaque is dedicated to the spies – using code names rather than personal – telling visitors that the thousands of forgotten spies and unknown missions were just as important to the war effort as Stephenson or Churchill; without fanfare, this represents the quiet sort of patriotism these spies also felt, often joining dangerous missions with little rewards for the sake of country. Similarly, this exhibit at the Military C&E Museum allows modern Canadians to take a few steps in the shadow of our forefathers and discover our country’s many contributions to the war effort and military communications.

The Camp X exhibit includes a collaboration between the Military Communications & Electronics Museum and Improbable Escapes, mirroring some of the espionage and communication methods taught to those spies through the use of the spy coat and an escape. The goal of the game is to solve the riddles, while providing visitors with an up-close look at the C&E museum. Tools used in espionage, such as Morse code, crypto puzzles, and compasses, are meant to help visitors solve the case. They even offer birthday parties and are available for groups as well.

Admission to the Military C&E Museum is free, there is a 12$ per person charge for participating in the Improbable Escapes adventure. No pre-bookings are required! It is a family friendly game for 2-8 participants as a private group. The exhibit will be on until spring of 2019.

The Military Communications and Electronics Museum