I’ve been to Canada’s Penitentiary Museum a few times, but I learn something new each time I visit. The site is small but picturesque and packed with fascinating history. 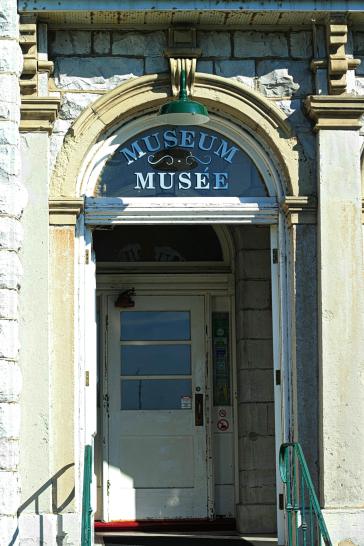 It is located directly across the street from Kingston Penitentiary, in the former Warden’s residence. The building of a house for the Warden was authorized in 1870 by Sir John A. Macdonald, then Minister of Justice as well as Prime Minister. It was completed in 1873 and named Cedarhedge. John Creighton was the first Warden to inhabit the house. 1

The house was designed by Henry H. Horsey. A prolific architect, he was the son of Edward Horsey, who had designed many of the buildings at Kingston Penitentiary. Henry was responsible for designing several more buildings at the penitentiary, as well as numerous residences, churches and jails across Ontario.2 Convicts from the penitentiary provided the labour to build the Warden’s residence, and they were supervised by Trades Instructors.3

During the early years of Kingston Penitentiary, labour was thought to be a key element in the reformation process. It was felt that hard work and industry were necessary in order to instill discipline and character into the inmates that would enable them to live an honest life. Upon arriving at the penitentiary, each inmate received a job assignment. Inmates were employed in a variety of occupations: in the kitchens, stone quarrying and cutting, carpentry, leatherworking, oakum picking, metalworking, shoemaking and general housekeeping. Inmate labour was used to construct most of the buildings for the penitentiary. Outside contracts for cut stone were also fulfilled through the stone-cutting sheds at K.P.. Numerous buildings throughout Ontario and the northern United States were built using K.P. limestone including the Presqu’ile Lighthouse at Brighton and the MacKenzie Block of the Royal Military College. Inmate work gangs were also responsible for the construction of Rockwood Asylum, the Prison for Women, Collin’s Bay Penitentiary and the Warden’s Residence, which houses the museum today. (Source: Stones Kingston) 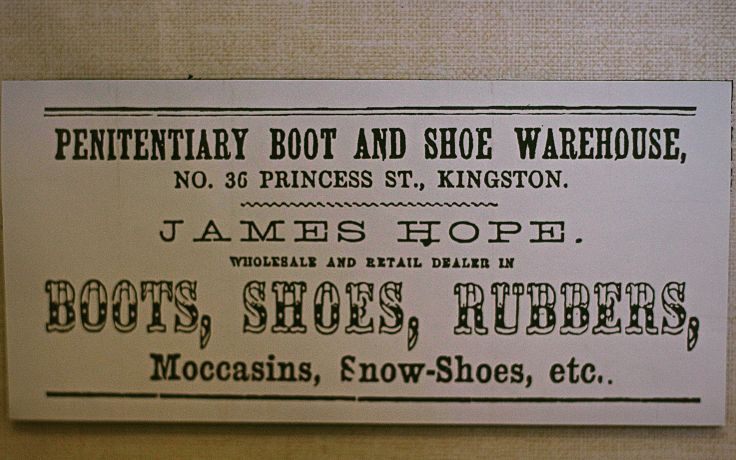 Around the house in the nineteenth century, there were formal lawns, an orchard, and a badminton or tennis court, as well as terraces stepping down towards King Street. The grounds were tended by convicts from the penitentiary.4 Wardens continued to live in Cedarhedge until the mid-1930s, when Lt.-Col. William Blight Megloughlin was the last to inhabit it. The house then became the site of the Warden’s office, which had previously been located within the prison. Engineers responsible for maintaining the prison lived in part of the house until approximately 1952, and the museum took over some rooms in 1985, though the rest of the house was still office space. Within a few years, the museum became the sole occupant.5

Just past the museum is the Prison for Women. It is completely closed up and not accessible, but you can walk around the outside of the building. It was opened in 1934. As the door lintel suggests, construction (by inmates from Kingston Penitentiary – they were a busy lot) began in 1930. For most of its history, this was the only federal prison for women in Canada. P4W, as it was colloquially known, closed in 2000. There are now five new federal institutions for women, all across the country.6 The Prison for Women was sold to Queen’s University in 2008, at which time three of the four perimeter walls were torn down.7 Queen’s considered using the building for archives or residence space, but just a few months ago, they instead sold it to a developer. No clear plans for the property have been announced, but it does have a heritage designation so presumably most of the building will be retained.8 Upstairs in the Penitentiary Museum, there is a very interesting exhibit about the Prison for Women, which includes photographs of some of the prison’s sports teams as well as inmate artwork.

In fact, the museum is packed with a number of fascinating displays. Perhaps the most startling is a large glass aquarium-style case, filled with shanks of all shapes and sizes. Along with other weapons created by inmates (my personal favourite is the crossbow made of toothbrushes, rubber gloves, and numerous other articles). There are many gorgeous works of art. Upstairs you will find a room dedicated to inmate artwork, giving you some insight in how inmates made use of their time and fostered creativity and imagination to deal with their reality behind bars.

An updated exhibit about prison cells still contains the model cells that were already installed. The original cells at Kingston Penitentiary were 29 inches wide, and it’s hard to visualize just how small that is until you see one. Just beside the model of this cell is one of the newer cells that were in use until the penitentiary’s closure. The most interesting part of the new information panels that have been added is an architectural plan dating from 1895, at the beginning of the renovation that expanded the cells’ size. In this plan it is easy to see how the configuration of the cell ranges was completely changed, so that instead of facing each other in two rows down each wing of the cell block, the cells now faced the outside walls of the wing. 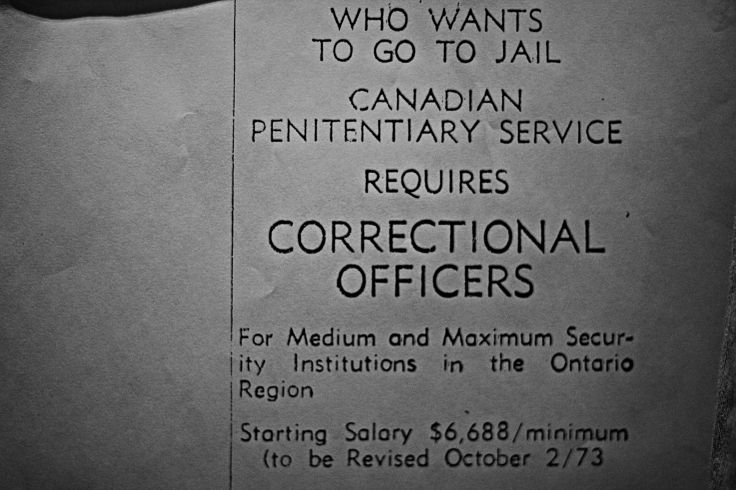 The museum is open by donation, and run by a mixture of volunteers, including former Correctional Service Canada employees, and other staff. They may just be willing to share stories about things they have seen and experienced during their time on the other side of the street! There are a few benches and picnic tables on the grounds, which would be a perfect place for a picnic lunch before or after your visit. The Canadian Penitentiary Museum’s website holds lots more of interesting pieces of information and suggestions for further reading and research. www.penitentiarymuseum.ca

4 panel in front of museum

One thought on “Canada’s Penitentiary Museum”